You cannot not choose

Previous Next
You cannot not choose

There are times in our personal and professional lives when we are aware we are making a choice. These are usually new situations, in which we have to take risks and we get ahead of ourselves. In these cases, we are not necessarily successful but we often feel satisfied because we feel we have taken on a challenge and walked paths that had seemed inaccessible before then.

Other times, on the contrary, we keep on walking an already known, marked path. We can walk it with a little or a lot of energy but either way we appreciate its comfort and enjoy some sort of reassurance. 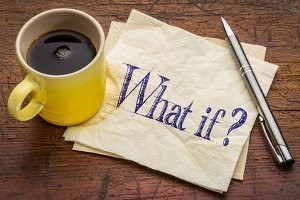 However, if we often define the first scenario as a choice, underlying its discontinuity with our past behaviors, the second scenario looks more like a consequence of our pasts decisions, habits or of certain actions required by a specific cultural, organizational or value-driven context.

Every behavior can be seen as a choice we make. Every action, wait, word, silence… are the result of a choice. I think it might be useful to see things this way,even though it might feel rather uncomfortable at times because it charges every step we take with responsibility. Each time we reinterpret our past behavior saying: “I couldn’t have done it any other way” we are limiting our responsibility and power.

I’d like to make some examples. When parents decide to separate, they feel the personally responsible and socially pressured to sort things out for the best. Whoever looks at them is thinking: they made a choice but their children are paying for it. At the same time, those parents who opt for a vegetarian or vegan diet are subject to the same kind of judgement: you choose and your kids are caught in the middle. The same thing happens when two homosexual parents decide to adopt one or more children or when parents withdraw their children from school to homeschool them. Now I am making the most striking examples, but every divergent choice only empowers those who say: “What right do they have to choose for their children?”.

Scholars who study regret showed that the level of perceived regret increases when someone feels he?she has played an active role in the situation. In other words, we are likely to feel less disappointed if we lose a sum of money we had invested the year before and left there rather then if we lose the same amount of money deciding to transfer it at the half of the year. We perceive our actions as costly and tend to privilege continuity because it requires less effort.

In our companies, we often come across the same dynamics: some people are capable to choose in a more explicit and calm way, some others describe themselves as “captive” of the system, even though they are actually making a choice. Taking on our own responsibilities, on the contrary, means looking for the keys to change the things that don’t work or that we would like to be different. It means to stop complaining and start acting.

I am not saying that in no occasion we can end up being subject to circumstances. However, I want to underline the fact that thinking of our future as being controlled by others inevitably gets us caught in an impasse. On the contrary, if we think of ourselves as the protagonists of our own lives, we give ourselves the chance to change the course of the events, reclaiming the reins of our own lives.

Try this simple exercise: take a piece of paper and write an episode in which you felt a victim of the events, in which you couldn’t do otherwise (or at least that was what you believed back then). Now try to think of a different behavior, even if it’s something very far from what you usually do. Help yourself thinking about someone who’s very different from you: how would he/she have dealt with it? Then look for another alternative, in the same way and then look for a fourth alternative… and keep on adding further options. Now go back to the beginning and consider all the alternatives and different possibilities you might have had.