The podcast on self-empowerment, by Federico Vagni 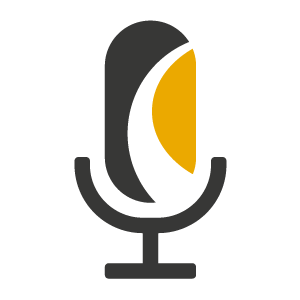 My name is Federico Vagni and my job is to support people, groups and organisations in developing their potential.
I do this together with some colleagues and we design and implement events, workshops and training path.

Why title a podcast “I’d prefer not know”? This is a typical affirmation of someone who discovers something that already knew and that forces you to take on a new responsibility, putting you in a corner and preventing you from putting your head in the sand, like ostriches are said to do. … By the way, I have learned that ostriches obviously do not do this, only we humans do it. We do it because we are good at telling the story and often we give more value to our ego, in order to save face, rather than questioning ourselves. My father, back in the 90’s, when even in Italy the myth of New Age and awareness has landed, used to say clearly “how good it feels to be ignorant”. Obviously it was a joke, but like every joke it has a basis of truth.

Sometimes I think that I would prefer not know, because everything would be easier. I’ll give you an example: for me and my ex-wife to decide, to separate and then divorce, having a child, was certainly very challenging, knowing firsthand the implications and pains of such a decision, being myself the child of separated parents. In some ways ignorance would have made it easier for us and obviously complicated it later.
I’d prefer not to know because some knowledge is uncomfortable and ignorance has a strong secondary advantage, that of making everything easier. A secondary advantage is a comfort, precisely an advantage that we find in an uncomfortable situation. At the same time we tend not to recognize this secondary advantage, we experience the situation as negative and it actually becomes a little bittersweet. The secondary advantage becomes really dysfunctional because it makes us tolerate situations that would be intolerable for us.

Let’s think about the well-known story of the boiling frog. The story tells that if we put a frog inside a pot of cold water, the frog will feel comfortable and if we were to light the fire under this pot we will have a frog that will have a secondary advantage, that of a rather pleasant situation of a temperature that rises slowly, without being felt in a traumatic way. What happens to this frog is that when the situation really becomes too unpleasant, that is, when the secondary advantage of the warmth it is feeling is not enough to balance, instead the negative feeling of the water being too hot, our frog will try to jump out of the pot, but by that time it may have already been damaged.

I’d prefer not to Know also has a subtitle that is Small Inconveniences for Transforming People. Because it’s the inconveniences that make us grow. Obviously you have to be good at looking for them and this podcast wants to try to put some small points in that direction.
Here’s what Robbie Williams said, in the movie Will Hunting – Rebel Genius, where he played the part of a psychologist who had to help a very talented boy to do something important in his life. There is a passage in which Robin Williams says to him: “You have to look for people who encourage you”, or more exactly he says to him “In my life I found a person who encouraged me and this was important”.
Therefore, the motivation and the prompt action is to find people and experiences that can provoke you, that can disconfirm you in the things that you repeat and that become obvious to you. It’s about getting out of your bubble, leaving the door open to these revolutionary people or ideas so that they can enter easily and you can really take them into consideration. This means learning to get uncomfortable, because discomfort is precisely the telltale sign that something potentially good is happening to you.
So, that’s the intent of this podcast. I don’t position myself as someone who has it all figured out and I say that because I don’t feel it’s possible, I wouldn’t even feel capable of going in that direction. My point of view is more of someone who looks at the world with a researcher’s eye. Not so much a researcher who is in the laboratory, but an empirical researcher who observes reality and himself, trying to apply in first person the things, then talks about with others. For years I have been working in this field and experimenting first hand, so my intent is to share the things I have learned and I am learning.

This first episode is an introduction and maybe it’s a bit of a self-referential introduction, but introductions are always a bit like that. Before I close, though, I want to give you a hint so you can start using this Podcast, to ask yourself questions and take some new steps.
So the question is this:

“Try and asking yourself where in your life, or in your work, are there things that are in front of you, but you don’t want to see. Where are these responsibilities that you’re not taking on, if you’re doing like the boiling frog, because I’m sure of one thing, somewhere you’re definitely doing it, why I’m doing it too, and why everyone else is doing it. It’s simply a matter of realizing it, and starting to work at it, because from a certain point of view you grow, every time you learn to tell yourself one less bullshit”.

All the best to all of you and for each of you, a different thing. See you soon!