Empowering People: from burden to desire

Common belief, “sense of responsibility” is almost always synonymous with work done well, on time and efficiently. And today it is perhaps even more so, due to the complexity and uncertainty that puts structures, processes and rules under strain. Hence the growing need of companies to give responsibility to people. But what, precisely in this context of continuous ruptures and transformations, can be the key to this empowerment?

I made a free association test to friends and relatives, to probe the concepts and images evoked by the word “responsibility”.
The result: at first glance, a good 90% associate the term with ideas and feelings of weight, constraints, judgment and blame, risk of mostly negative consequences.

Not surprisingly, this feeling is used as a tool by researcher of behavioral sciences (and much earlier by our parents, teachers, bosses …) to counteract some automatisms and distortions of our mind and “prod us” more or less gently to think better, manage our attention more effectively, decide in a more thoughtful and forward-looking way, plan and act with more realism, proactivity, care, self-control.

The Strange Case of Responsibility

Our humility plays a key role: starting out presuming to be vulnerable and fallible is certainly a good policy, convinced that the only real failure would be to stop trying.
Read more with IlSole24Ore

Richard H. Thaler and Cass R. Sunstein (authors of the book Nudge: improving decisions about health, wealth, and happiness) have coined the expression “libertarian paternalism” (appeared for the first time in 2003), which sounds almost like an oxymoron but suggests the possibility and legitimacy for institutions to “architect” decision-making processes so as to influence our behavior while respecting freedom of choice.

And here it is, the other image, which few of my friends came to mind. Even if, in the reflection on the “specific characters of human action”, the concepts of freedom, awareness and responsibility have been inextricably linked, since the time of Homer.

Responsibility: from etymology to contemporary declinations

In the Italian language, the noun “responsibility” derives from the adjective responsible, a term first used in the field of politics and public law, with reference to person invested with power. Subsequently, its use was extended to other areas of law and to the sphere of morality.
More with Roberto Franzini Tibaldeo

A bit of contemporaneity…

And so the first question is: how come? What has happened to the perception of freedom, of “power” in our conscience? This also occupies so much space in the essays of historians, jurists, theologians, researcher of human sciences in general.
In everyday life, we bypass these details: instead, we are more pragmatically called into question and closely marked by family members, acquaintances, friends, bosses and colleagues, public and private administration, customs, structures and rules…
And particularly in these times of ambiguity and uncertainty, in which contradictions stand out and we sometimes seem to wander as if “from fog to fog”, pretending to give answers and assuming the consequences, we instinctively sigh (like Neruda) “Don’t ask me…”
Our protective instincts suggest us to stay out of it, take our time, and blend in. A useful instinct, which becomes dysfunctional when it doesn’t look for and finds nothing but threats, risks, obstacles, and resources that are lacking. When (unrealistically but in fact) the error is demonized, and therefore also experimentation, adaptation, discovery.

To this, is added a drop in energy due to overload and emptiness of meaning, with an associated perception of vulnerability, narcolepsy, impotence and … a touch of nausea.

What is missing from the debate?

As a difference, in the results of the test, two other big absentees stand out: what happened to desire and pleasure?

From Homer onwards, desire and pleasure feed and substantiate the specificity of “human action” infinitely…

The third and final question, then: what does all this have to do with the practices and experience of “responsibility” in organisations? 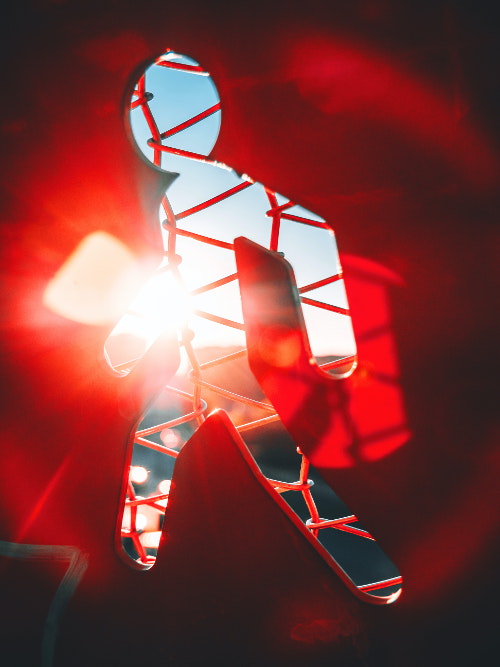 The proposal of self-empowerment is that companies in order to empower people and teams, should open up to the possibility not only of limiting them to duties but also to cultivate desires, the pleasure of being involved, protagonism, by coaching managers and collaborators to:

To open up and add new possibilities of “being in the world”, and therefore also of freedom (and responsibility) of choice.
Seeking and building meaning and a positive “vision” of one’s fulfilled desires.

Recognize and enhance the resources present and then deal with the shortcomings and constraints.
Take opportunities as well as managing threats and risks.
Being realistically confident and hopeful, and giving oneself the chance to try, investing in evolution as much as in defense.
Keep the focus on what can at least in part be, directly impacted and affected, and at the same time, that we work to implement processes that facilitate such coaching.

In short, as in the case of motivation,, it is once again a matter of teaching (or remembering) how to fish.

About the Author: Lara Di Rauso

The interest and wonder for the wholeness and plurality of every human being, in itself and in the dynamics of work and life, is what has always feeded and oriented my choices. Hence the decision to dedicate myself to the development of people, teams and organisations.