Empowering nerd: why? Because most often those who passionately study scientific subjects, such as mathematics, physics, chemistry or engineering find it difficult to undertake a truly gratifying career path within Italian companies. This is not just a personal problem, it also involves and has an impact on organizations as a whole in their capacity of creating the best conditions for technical innovation and expression.

On one side, as already well described by Daniel Goleman, we know that Emotional Intelligence is a fundamental key to success in one’s life. Unfortunately, however, we tend to underestimate its value due to our temperament or technical training. On the contrary, the “power” of rationality is overestimated, to the point of demanding mechanistic and binary cause-effect relationships, even if we know that they cannot be applied to human relationships.

On the other side, companies struggle with developing processes capable of supporting and fostering creativity, individual contribution and pro-activity. Organizations often surrender to an excessive need for control, parcelling and breaking out tasks and competencies while aiming at short term results. Paola Cinti, a communication expert, compared companies to mazes in her recent post.

Empowering nerd: strengthening scientific excellence is, therefore, a key passage to recovering a company’s generative and creative potential and acquiring greater creativity, dynamism, and vitality. This process needs to be supported also on the company’s side throughout the development and promotion of technical career paths. In several companies these paths are often a possibility only on paper and remain largely unexplored in actual facts.

However, not everything depends on companies, each individual can and must do their part learning to:

This last point – looking for and accepting feedback- reminds me of a wonderful dialogue from the movie “Good Will Hunting” in which Sean, the psychologist, defines a soulmate as “Somebody who challenges you”. According to him, the value of love lies in exchanging views, provoking and being open to others and diversity. On the contrary, Will is smart and bright but he is caught up in his self-reference. This allows him to defend himself but it distances him from everything.

I see Empowering nerd as a way of letting the technical pride emerge, freeing it from a – solely Italian – inferiority complex about managers “that can do everything but understand nothing”. Those who can count on technical excellence need to learn to establish a dialogue, develop alliances and influence their interlocutors.
Metaphorically (yet not that much) speaking, this concept is beautifully synthesized in this video: I find it brilliant, I think it conveys divergent thinking, creativity, knowledge and, at the same time, the willingness to communicate, a great deal of courage and a certain degree of nerve.

Italian nerds, don’t you think it’s high time to get to work in a new way? And you, company managers? How are you dealing with this? 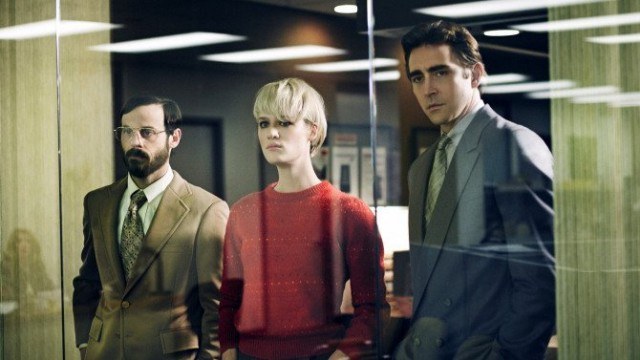 If you are interested in exploring the fascinating relationship between management and technology, I suggest you watch the new American TV series entitled Halt and Catch Fire.
It’s a starting point, perhaps a bit romanticized, but stimulating indeed!

I am Federico, 40 years old, being the shy type, I have been lucky enough to choose a rather uncomfortable job: I experienced the value of discomfort but, at the same time, I am well aware of how precious can a helping hand be. I drew my courage from trusting others: I learnt how to challenge them, I learnt to create, innovate, and think differently. Along the way I study, I experiment and I adapt whenever I can.

Developing people’s potential is key to all companies who wish to be successful. We believe that the crucial value doesn’t lie in acquiring competences or skills but rather in the desire of each person to improve, learn, challenge themselves and be responsible for their own work.

Every working group faces challenges, difficulties, and uncertainties. In such moments, obstacles, struggles, and moments of change may represent both a risk of rift as well as the chance to strengthen, restructure and develop the team itself.

Training is in crisis…what luck! It is only through crisis that training can and should be born again under new presuppositions and new paradigms. At present, many colleagues are trying to implement new approaches to training.

Being able to transform oneself is the key to success on the market. Organizational change happens when the change of people and teams is supported and fostered by consistent, robust and courageous processes and methods.